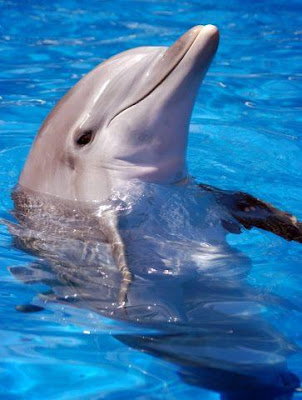 in Taiji, Japan 23,000 permits are issued each year by the Japan Fisheries Agency to kill dolphins. On average 14,000 dolphins are killed every year. From the months of September to March, 26 fisherman go out and create a wall of sound by banging metal pipes into the water which drives the dolphins into a secret cove in Taiji. They are then killed with spears, hooks, and knives and sometimes these hunts last up to 7 hours. 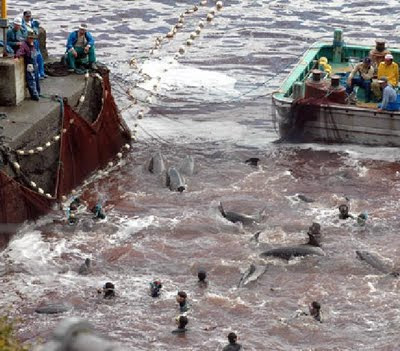 the large majority of the people in japan have no idea that this massacre goes on. 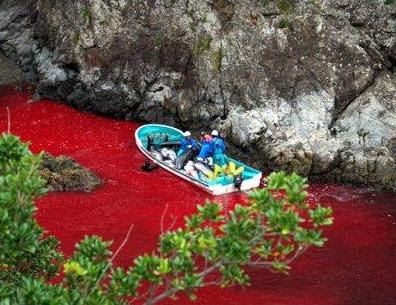 after the dolphins are slaughtered they are then processed into meat and sold in supermarkets for human consumption.
1. Dolphin meat sold to the Japanese people is highly contaminated with mercury, methylmercury, cadmium, DDT and PCBs.

2. the people are given no warning regarding the mercury levels in dolphin meat.

3. the dolphin meat is also given to children for school lunches.

4. The fishermen of Taiji have said that the Japanese people have no right to know about the dolphin hunt or the high levels of mercury found in the meat.

5. concealing this information from the public is a violation of article 21 in the Japanese Constitution. 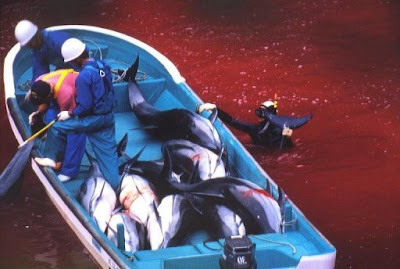 Mercury Poisoning: because no one in japan is being warned of the mercury poison in the meat they are eating, many children are being born with deformities and disorders such as: Autism, Asperger’s, PDD-NOS, and ADD. other symptoms are: 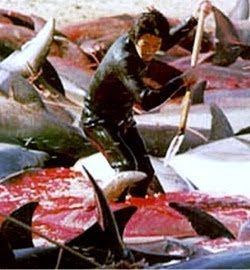 what you can do:
go to http://www.thepetitionsite.com/3/stop-the-dolphin-slaughter/ and sign the petition.

then you should join our coolest club at uvu 🙂 talk to me (amber fillerup) or nemat moosavi (aka MOOSE)if you want to join.

Photos from save the dolphins.